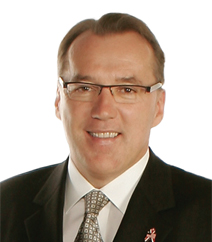 Frank Holmes is the CEO and Chief Funding Officer of U.S. World Traders. Mr. Holmes bought a controlling curiosity in U.S. World Traders in 1989 and have become the agency’s chief funding officer in 1999. Underneath his steering, the corporate’s funds have acquired quite a few awards and honors together with greater than two dozen Lipper Fund Awards and certificates. In 2006, Mr. Holmes was chosen mining fund supervisor of the yr by the Mining Journal. He’s additionally the co-author of “The Goldwatcher: Demystifying Gold Investing.” Mr. Holmes is engaged in quite a few worldwide philanthropies. He’s a member of the President’s Circle and on the funding committee of the Worldwide Disaster Group, which works to resolve battle around the globe. He’s additionally an advisor to the William J. Clinton Basis on sustainable improvement in nations with resource-based economies. Mr. Holmes is a local of Toronto and is a graduate of the College of Western Ontario with a bachelor’s diploma in economics. He’s a former president and chairman of the Toronto Society of the Funding Sellers Affiliation. Mr. Holmes is a much-sought-after keynote speaker at nationwide and worldwide funding conferences. He’s additionally an everyday commentator on the monetary tv networks CNBC, Bloomberg and Fox Enterprise, and has been profiled by Fortune, Barron’s, The Monetary Occasions and different publications.  Go to the U.S. World Traders web site at http://www.usfunds.com.  You’ll be able to contact Frank at: [email protected].

Banks Scream for Deflation as they Drown in Liquidity :: Deflation.com

It’s a signal that the Fed goes too far. A “reverse repo” feels like a judo or wrestling transfer you…

The Starting of The Nice Stagflation?

It was the 12 months of 1958, when British economist and statistician Alban William Housegeo Phillips printed a paper in Economica,…

An Open Letter To the G-7 – Notes From Underground

[This article is part of the Understanding Money Mechanics series, by Robert P. Murphy. The series will be published as a book…